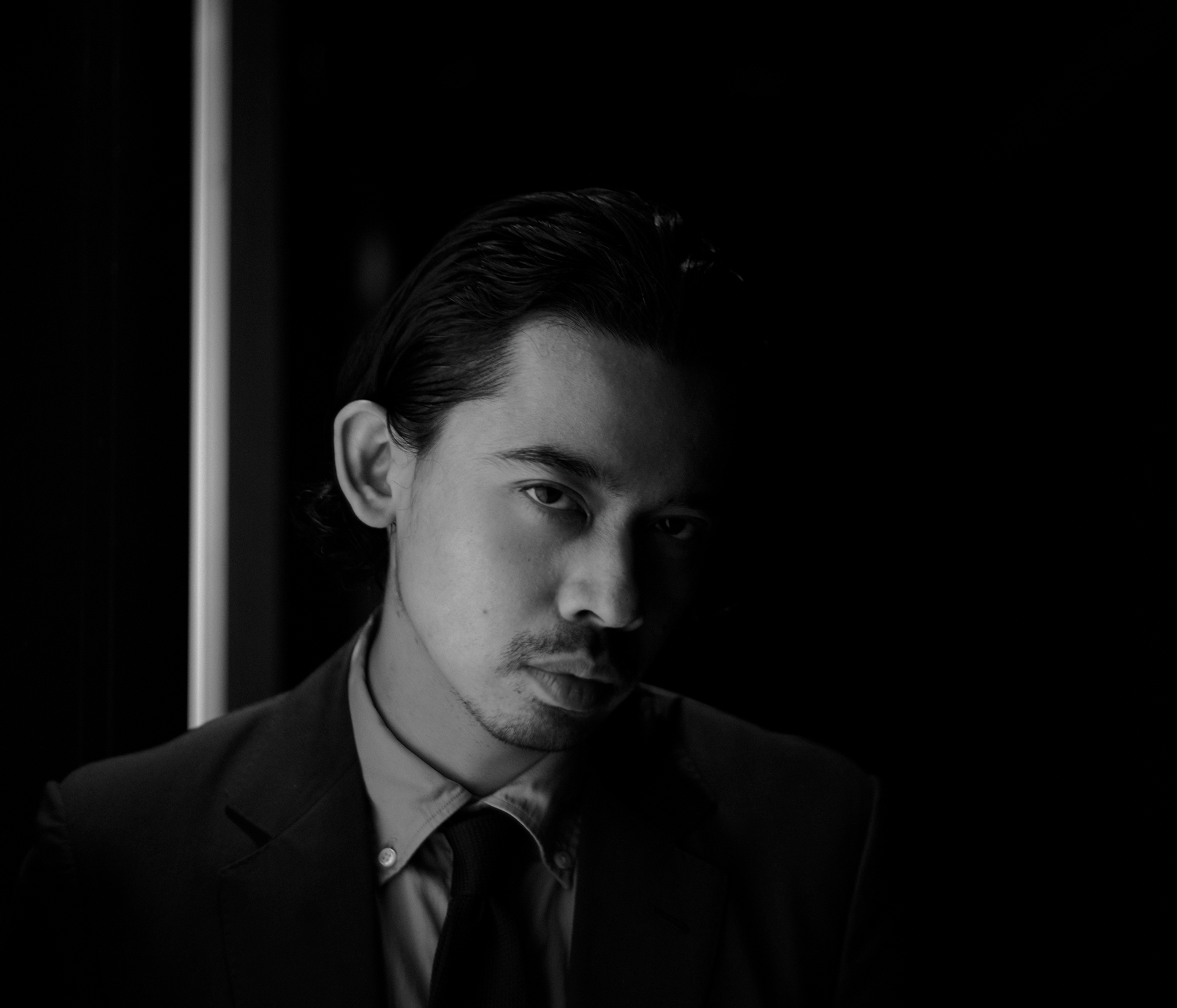 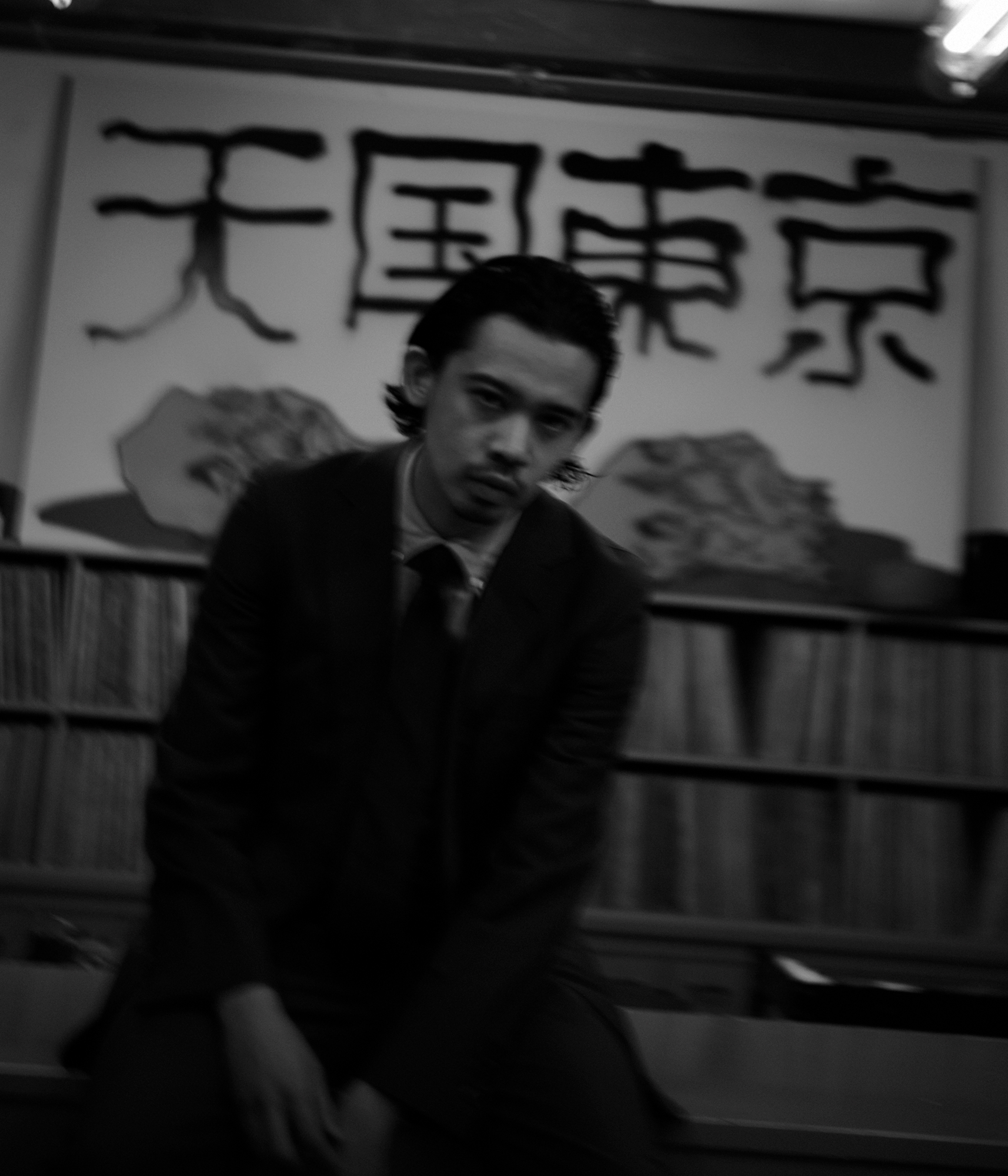 ーLet us review the album, ”GIMME SOME TRUTH.”, and hear out your thoughts and perspective of John Lennon. It is a known fact that Yoko Ono and John Lennon have selected the songs.

LEO：It’s definitely a selection that can’t go wrong. They have selected songs that are not in the best compilation album and even have my favorite one in it.

ーWhich song is your favorite?

LEO：For me it’s, ”Steel And Glass”. Well, it is difficult to say that this is my life long selection but it has been my favorite for the last decade. The song is in the album called, “Walls and Bridges” which is the one I brought with me today. This album has a strong funk and soul influence, which can be felt especially with my favorite one. The tune is fresh and cool even to this day. 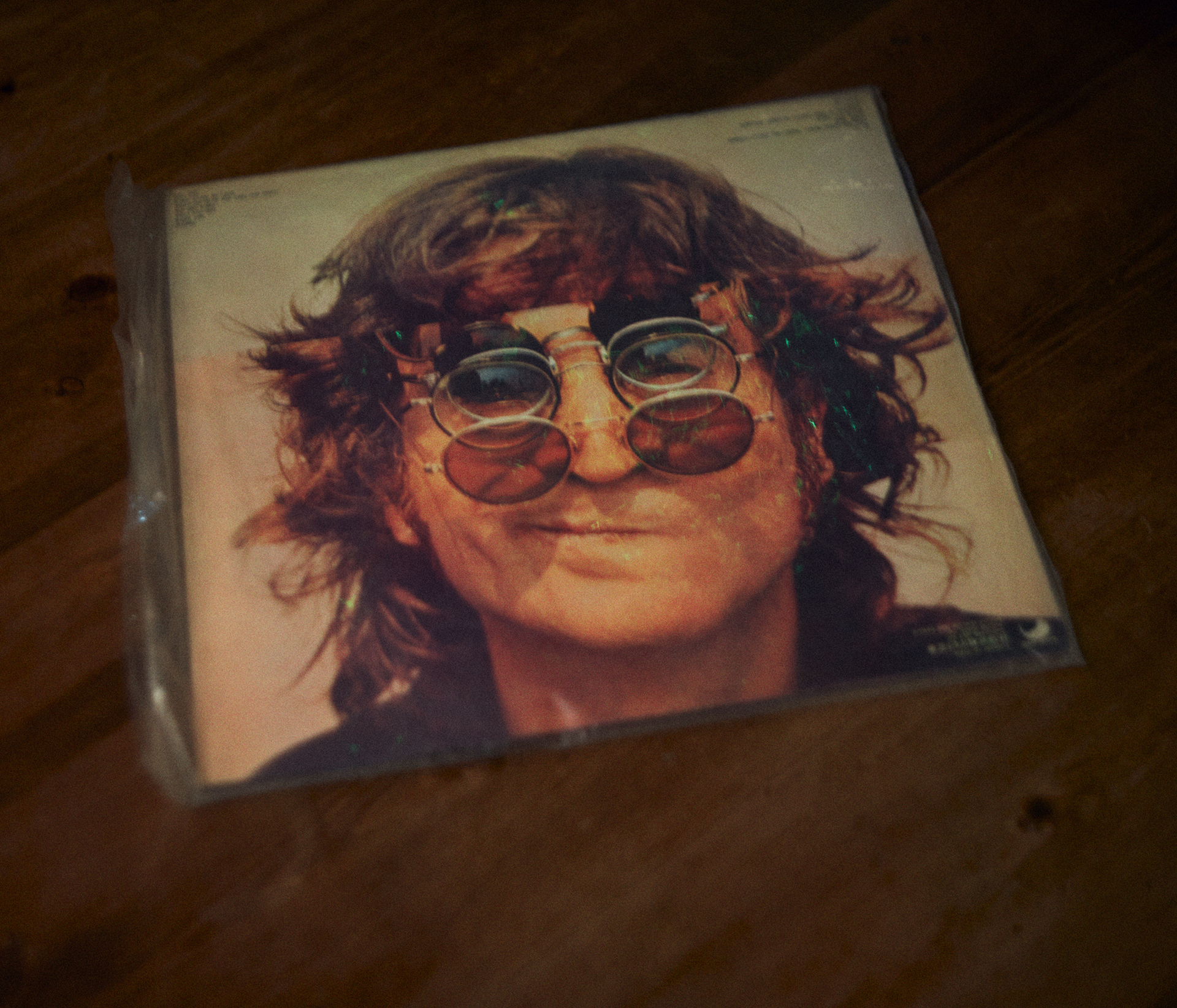 ーI would like to expand on this topic and ask what other songs you especially like in the album ”GIMME SOME TRUTH.” besides”Steel And Glass”.

LEO：Jeez…That’s a tough question. My personal selection would be the song, “Gimme Some Truth”, which became the title of the album as well as “Isolation”and “God”.But wait, also the song “Jealous Guy” should not be left out… hhmm… not sure if it’s possible to narrow it down. It’s a bit difficult to explain, so can I talk about my perspective and thoughts on John Lennon?

LEO：First off, I feel empathetic towards John Lennon’s upbringing and his personality traits. He’s infamous for his youth as an out of control hoodlum, right? His home environment was not so great either. During these years he started a band, being his reckless self, and eventually met Paul McCartney, which later on transformed into the Beatles. By being able to meet Bryan Epstein, the man who became the manager of the Beatles, they were able to march on through their road of success.

ーThat’s correct, it is a fact that he use to be a teenage hoodlum, as can be seen from various materials.

LEO：I was also raised in an indifferent environment so I always felt that I can relate to his experience. To begin with, I’ve actually started to get into music by listening to the album, “THE BEATLES 1”（the album released in the year 2000 which was the singles hit compilation. I believe I was in middle school at that time. From there, I listened to “A Hard Day’s Night” and started to admire and follow John’s footsteps, overlapping his persona throughout my childhood. Also, my interest in fashion-music connection began with “THE BEATLES 1”. At that time there was a fashion store that I liked in Harajuku that always played the Beatles. The store clerk there was always in style that explained to me about their music. Therefore we can say that the existence of the Beatles and John was what taught me how attractive this culture is.

ーThen it won’t be an exaggeration if we say that they became the base of who you are?

LEO：Yes, their existence is my foundation. Before I started the current band ALI, I use to do this other band called The John’s Guerrilla. The word John in the band name comes from John Lennon. This being said, you can see how I am a hard core John Lennon fan. I might sound a bit spiritual, but I have actually seen a dream of John long time ago when I was younger. 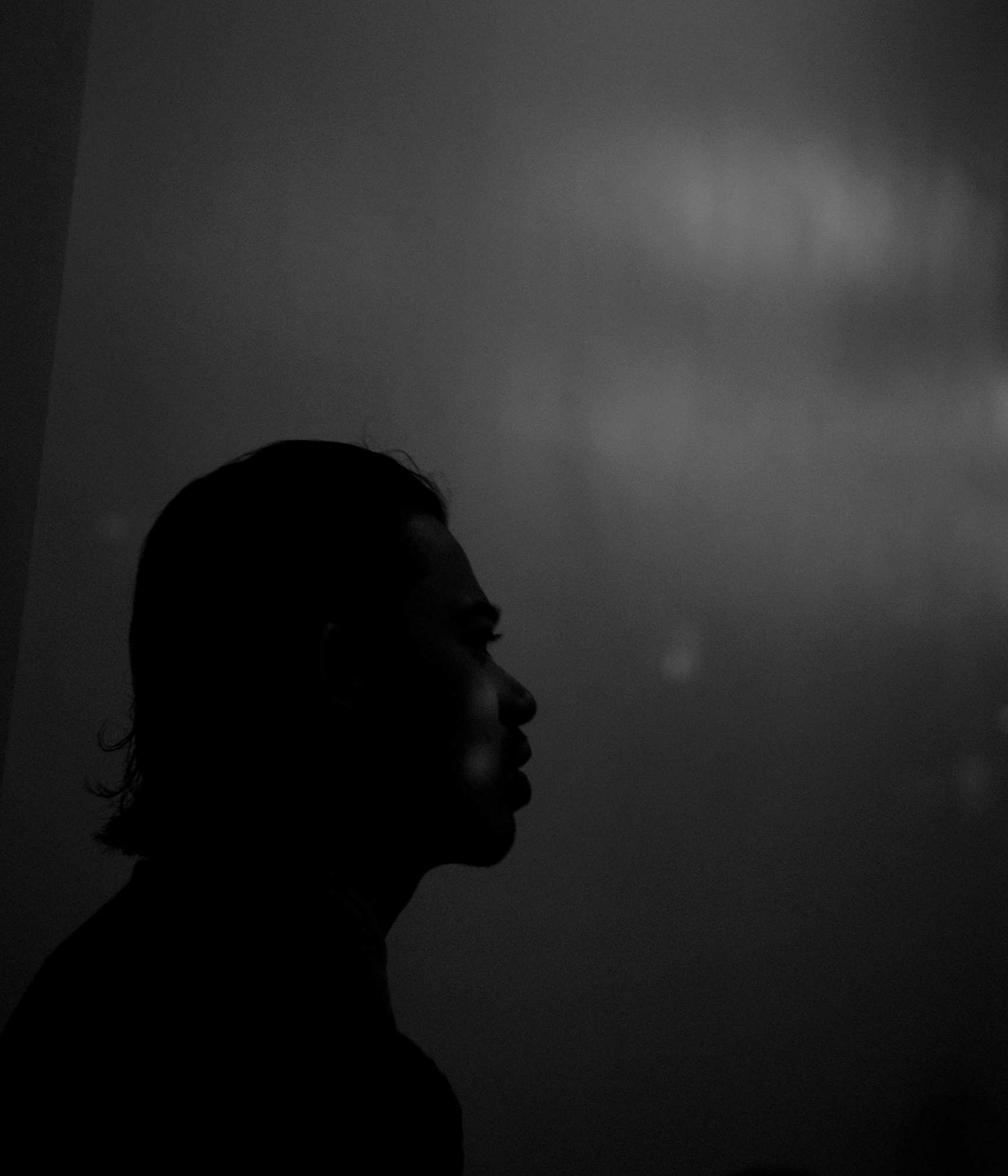 ーA dream of John Lennon! Can you please elaborate?

LEO：It’s a dream so it sounds a bit bizarre. So first off, John is a room leaning on a sofa talking about something. He was talking for a while but then all the sudden slowly started to strum the guitar and sing a song. Then he asked me, “Isn’t this cool?” That song was the “God”. Once I woke up from this dream and I thought to myself, “I know, I should have the word John in the band name!” For me, I believe he’s the originator of being a rebel. 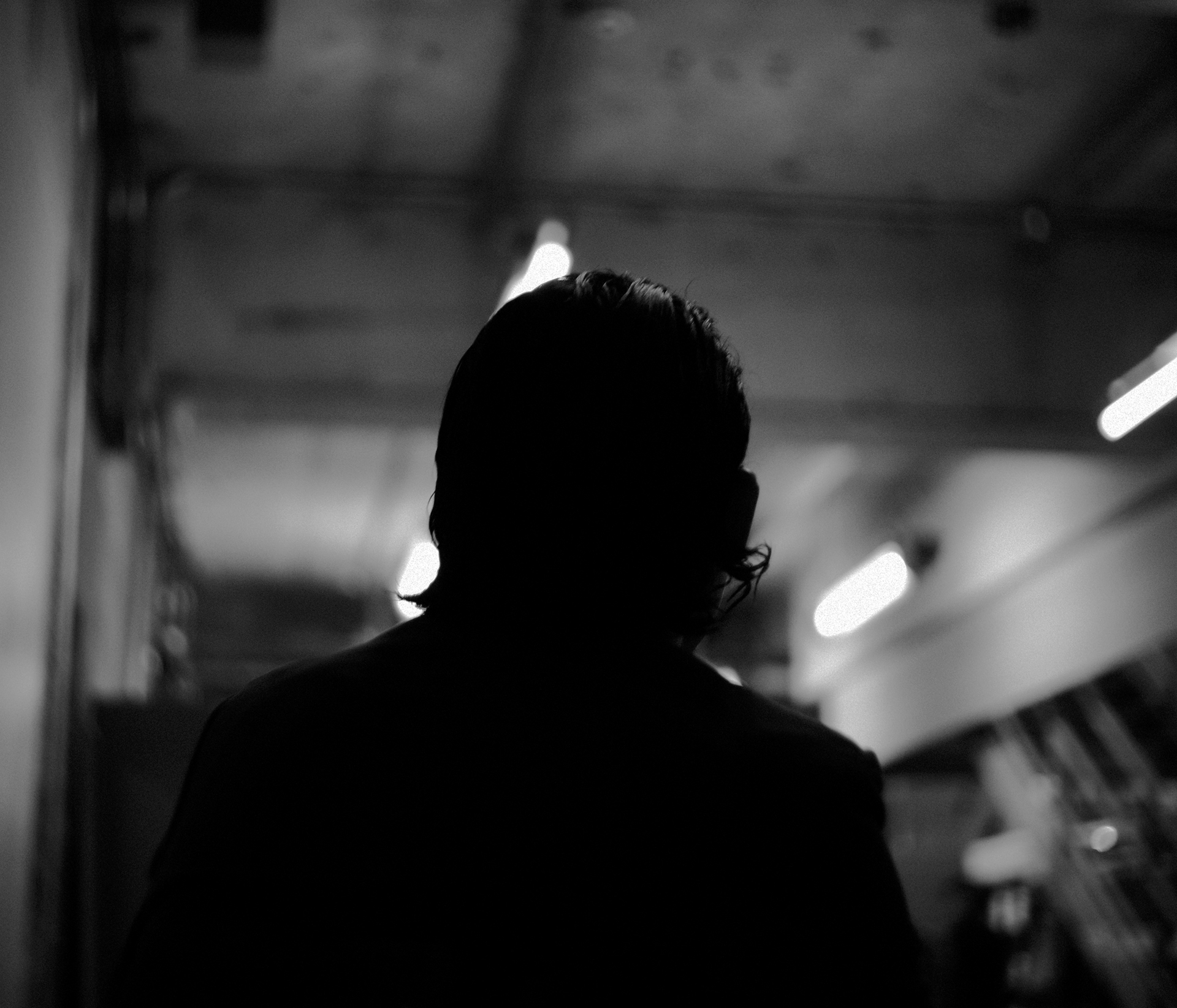 ーThat’s so funny! Why do you think John Lennon is such an attractive icon for you?

LEO：Of course his music is great, but I am also into his human nature. During the 60’s, the golden age for the Beatles, they were successful of selling catchy songs. However there was many other Rockabilly bands playing hard rock that were their competitors. In this music scene, John and Paul not only played hard rock, but were able to compose pop as well. From here, one can observe that their point of view were different than others. While artist like Jimmy Hendricks and Janis Lyn Joplin was rocking hard, the Beatles started to present their new sound and the image of the band shifted. I believe Paul heavily influenced John during this time. He was also a rival so I felt that John was also competing with him. As the hippy movement fade out, the end of the Beatles was drawing near as well. From this point on forward, his solo project started.

ーThat is when he had his album in 1970, “John Lennon/Plastic Ono Band”

LEO：That’s right. Let’s also not forget how Yoko Ono played a major role in John’s music too. Yoko Ono, the executive producer of the album, “GIMME SOME TRUTH”. John was deeply in love with her and basically listened to everything the girlfriend said, kind of like my current situation (lol).

LEO：I believe John talked a lot with her of how he should continue on as an artist. For the first album it became the blues. He composed in honesty and started off by revealing his weak self. I’m irresistibly attracted to John’s life, exposing his rawness out to the world.

ーAfter John’s 1st album he has shown varieties of emotions. His musical and social stance also changed as time passed on. “GIMME SOME TRUTH” is an album from his solo years and the selected songs are from different time frames. What is your opinion with his different stance throughout the years?

LEO：I believe he paid close attention of what was current at that time. He was a genius of eliciting the public’s emotion and the general view on historical events. His appearance to the media of wearing a military uniform style fashion from the Civil Rights Movement to the Che Guevara era is a good example of that. When Bob Marley first became well known, he switched to a Les Paul guitar, the type Bob was using. I also believe Bob Dylan played a major role in his musical influence. He absorbed these iconic figures and was able to reach out to people’s heart. He probably was a natural at doing this, but I also think he thought through a lot on how to express himself in the current time. That is at least my personal opinion.

ーHow would you briefly explain about John Lennon to the younger generation now?

LEO：That is really difficult… I suppose to say that he was the original rebel is a phrase that best fits the description. He was the first one that shouted “FUCK BABYLON!” John Lennon and Bob Marley were the ones who emphasized that love is all you need but at the same time showed strong anti-government views. I believe this was the starting point of how we listen to our Hip Hop music today. There may not be a direct connection, but I believe music is influenced by multiple genres and cultures.
My favorite album, “Walls and Bridges” were released during the Lost Weekend, the years when John and Yoko separated, but then later on released the album “Double Fantasy” in 1980. You can see in this album that John and Yoko are in their own world (lol). The songs selected for “GIMME SOME TRUTH” are chosen from both of these albums and I really love it. I believe this is the type of soul revealing music we need in this day of age. 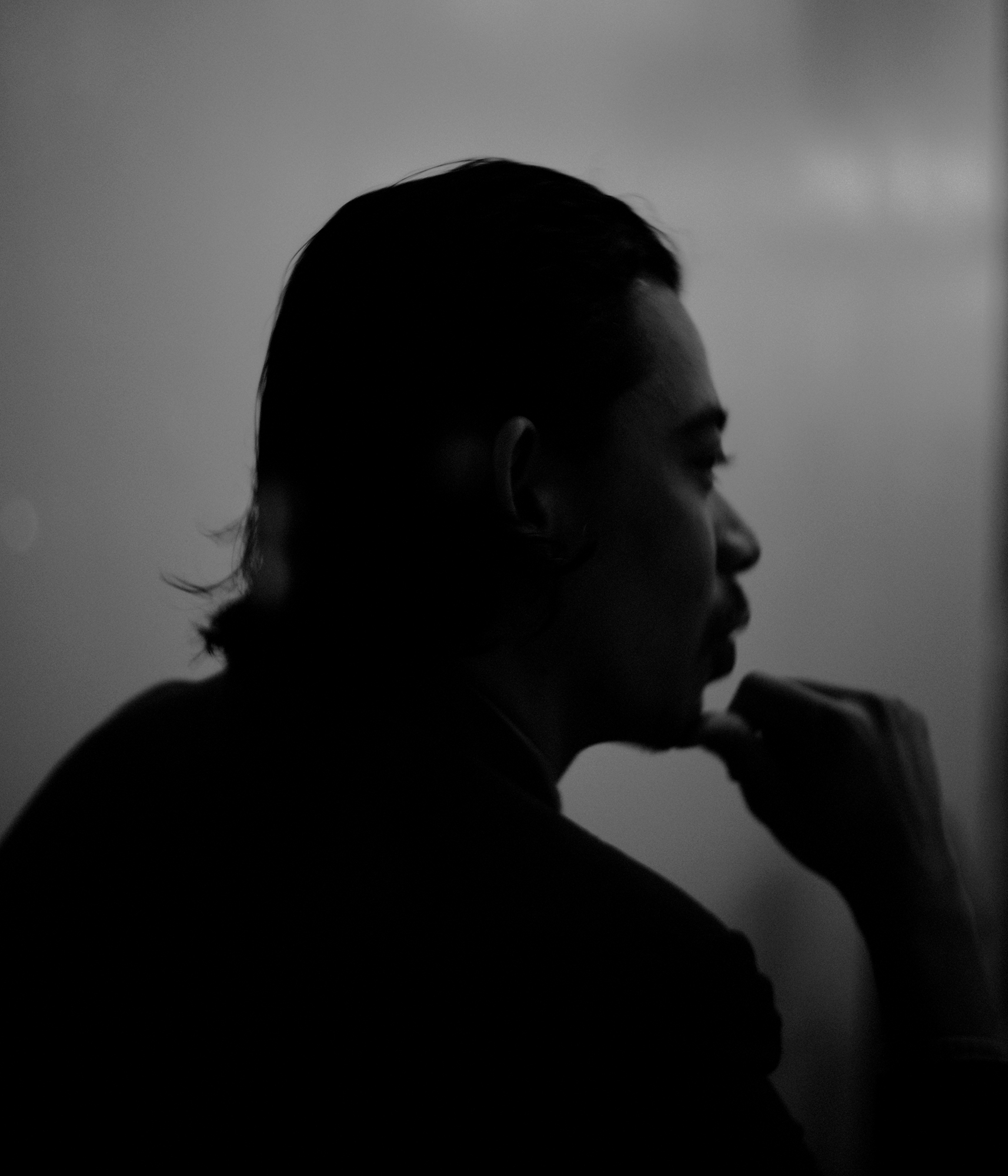 ーAre there any components of John Lennon’s that can be connected to our modern day, including the current situation of the Corona virus?

LEO：During this pandemic, I thought a lot about what I should do as a musician and decided to release the song “MUZIK CITY”. When we were composing this music, the pandemic and the Black Lives Matter movement occurred and I felt that it was really important to understand the issue, think deeply on how we all should face each other, and convey the correct message out to the public.

LEO：And this doesn’t mean just to simply spread your thoughts on the SNS. The message should naturally be part of the music, which I think is a necessary notion that must always be done to fulfill its  purpose. Later on we released the song, “Better Days” sending a message to wish for a better future. I believe this is what us musician needs to do and John was the icon that heavily influenced me with this type of mind set.

LEO：Come to think of it, the current songs we are composing now all may have been inspired by John… To be able to speak out the true emotions in a natural form is our right as musicians which is also our duty to spread that message for the public to hear.

ーYou’re absolutely right, I believe anything that comes straight from within is what we need in our modern day.

LEO：Us humans has both strong and weak aspects. I believe now is the necessary time to reveal the real truth. When ALI preform live streaming shows, instead of making any edits, it is more important to simply and directly express our passion through our music. That is the way to not be fake and feel ones soul. You’re able to feel this emotion throughout the album “GIMME SOME TRUTH”. For those who are not familiar with John’s solo work, I highly recommend for you to listen to this album.

ーThank you very much. Please let us know the news update for ALI

LEO： On November 25th, we will release the new single “LOST IN PARADIES feat. AKLO”. There are 4 songs in this single, collaborating together with the artist AKLO, K.A.N.TA, J-REXX, NAMICHIE, and GOMESS. There’s a Music Video that is currently accessible and is our song that represents who we are and our genre (Latin, Disco, Soul, Blues, Jazz). I am currently thinking of releasing a mini album around the New Year. We are planning on organizing a big release event concert as well so please check for any updates. There are many events occurring one after another besides this. We are also thinking of starting a project of collaborating with Hip Hop artist abroad. We would like to have our music be heard globally be conducting these types of projects. However, the primary goal is to show respect of how our band has originated here in Tokyo, to be able to elicit our culture here, and wish for our sound to reach out to listeners nationally and internationally as well. 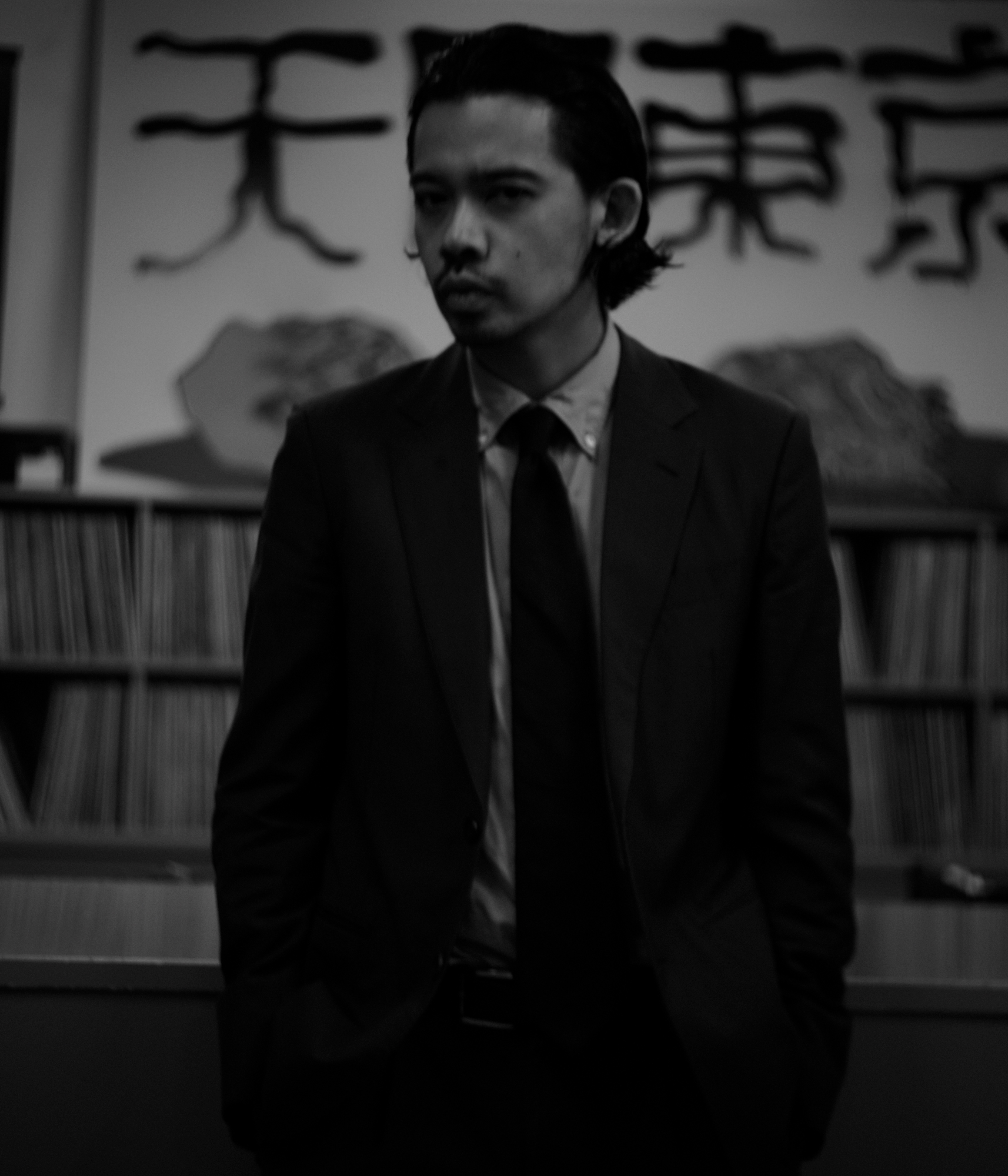 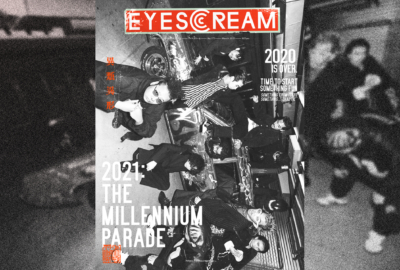 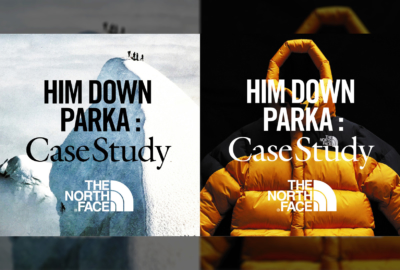 THE NORTH FACE 2020FW Him Down Parka 進化し続けるハイスペックウェアを読み解く 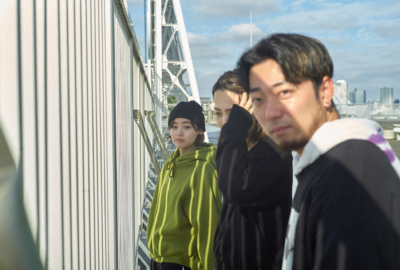 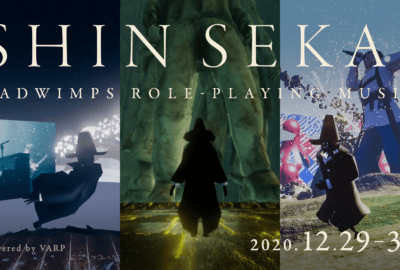 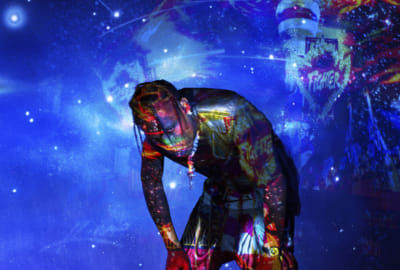 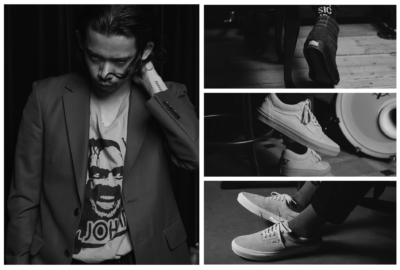